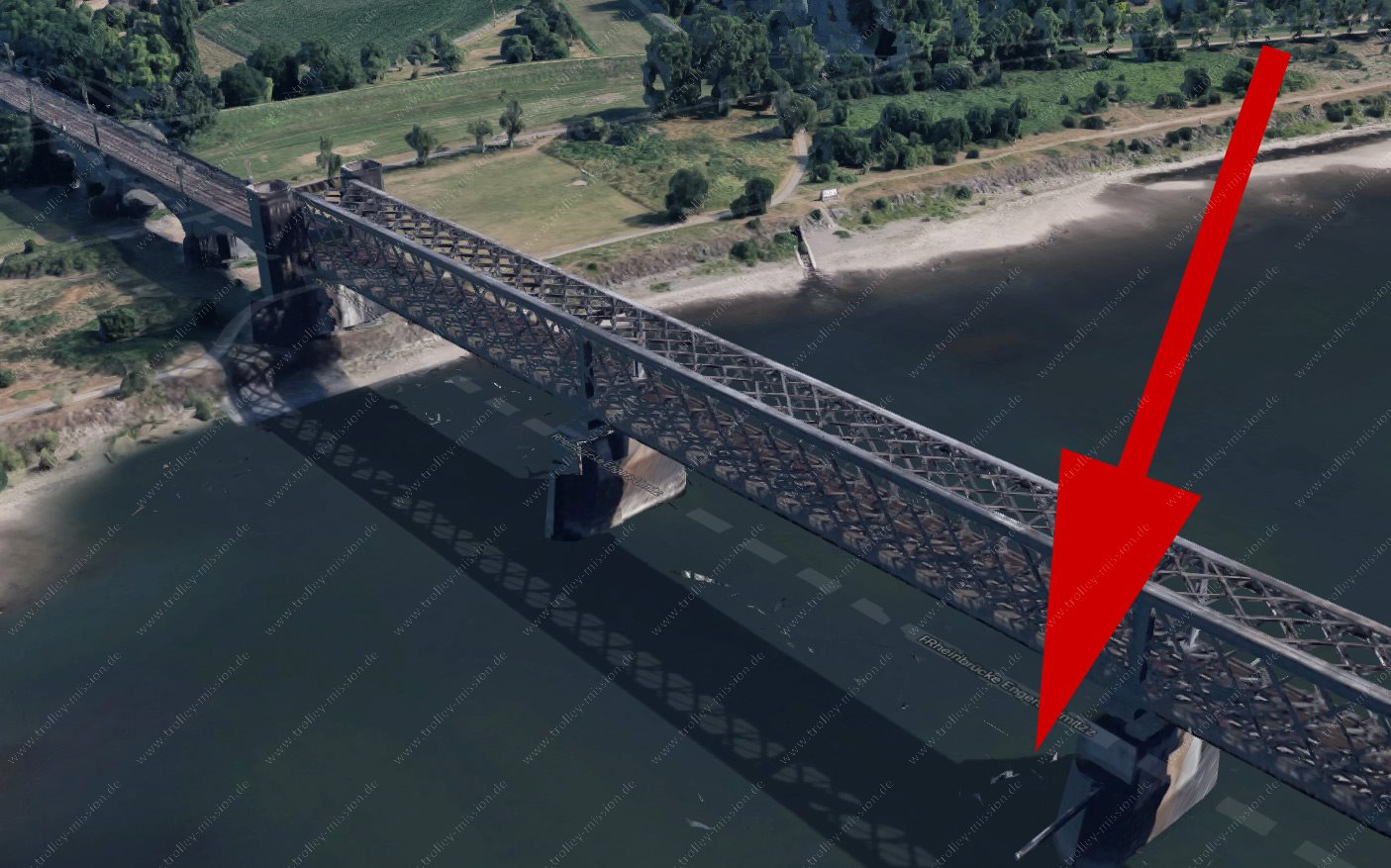 In May 1945, only 6 of 19 passengers were recovered. There are still mortal remains somewhere in the river Rhine. Therefore, the Defense POW/MIA Accounting Agency (DPAA) in the United States of America, which is responsible for this air crash today, was informed of the discovery of the wreckage on July 5, 2019, see https://www.dpaa.mil 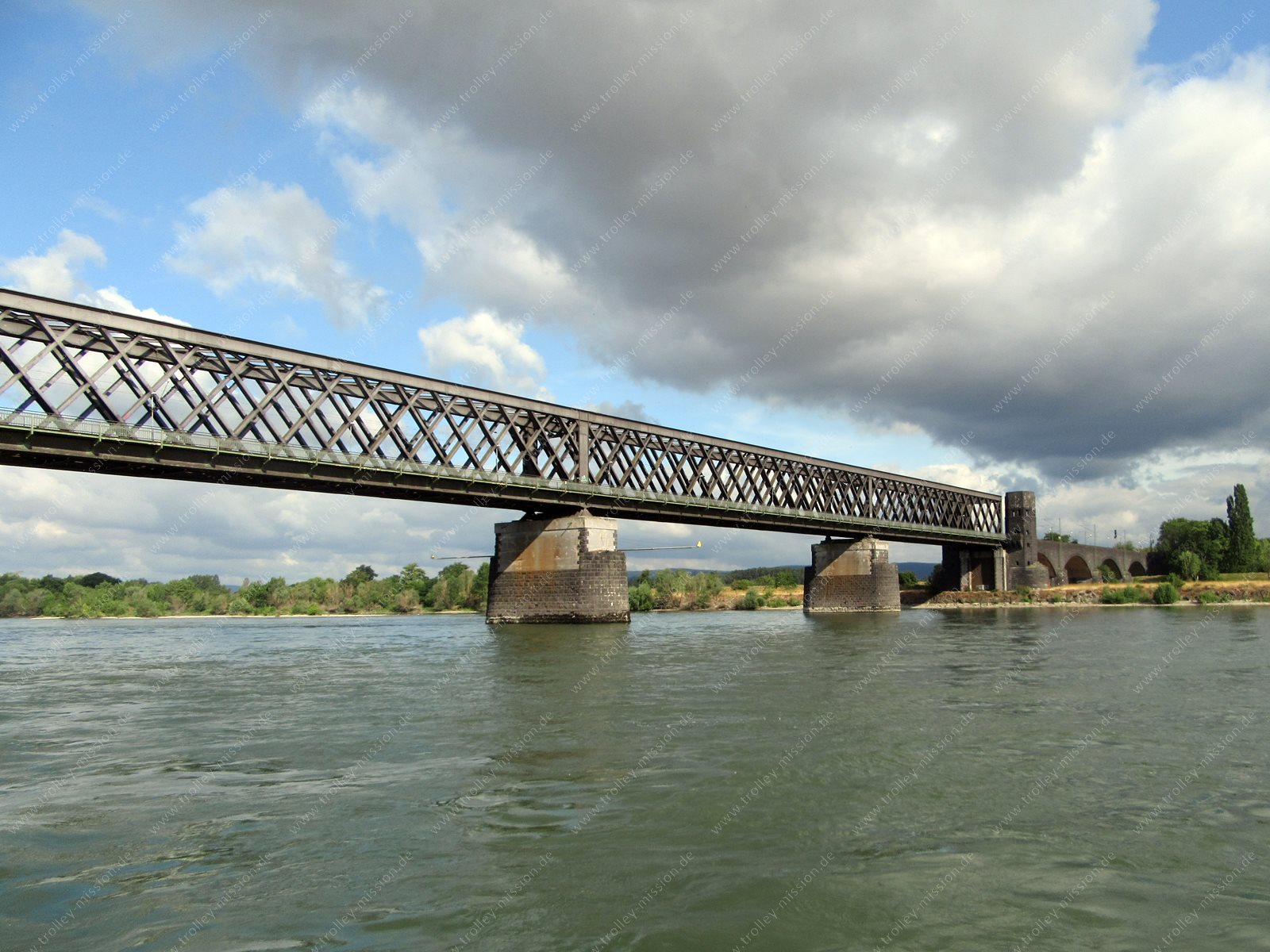 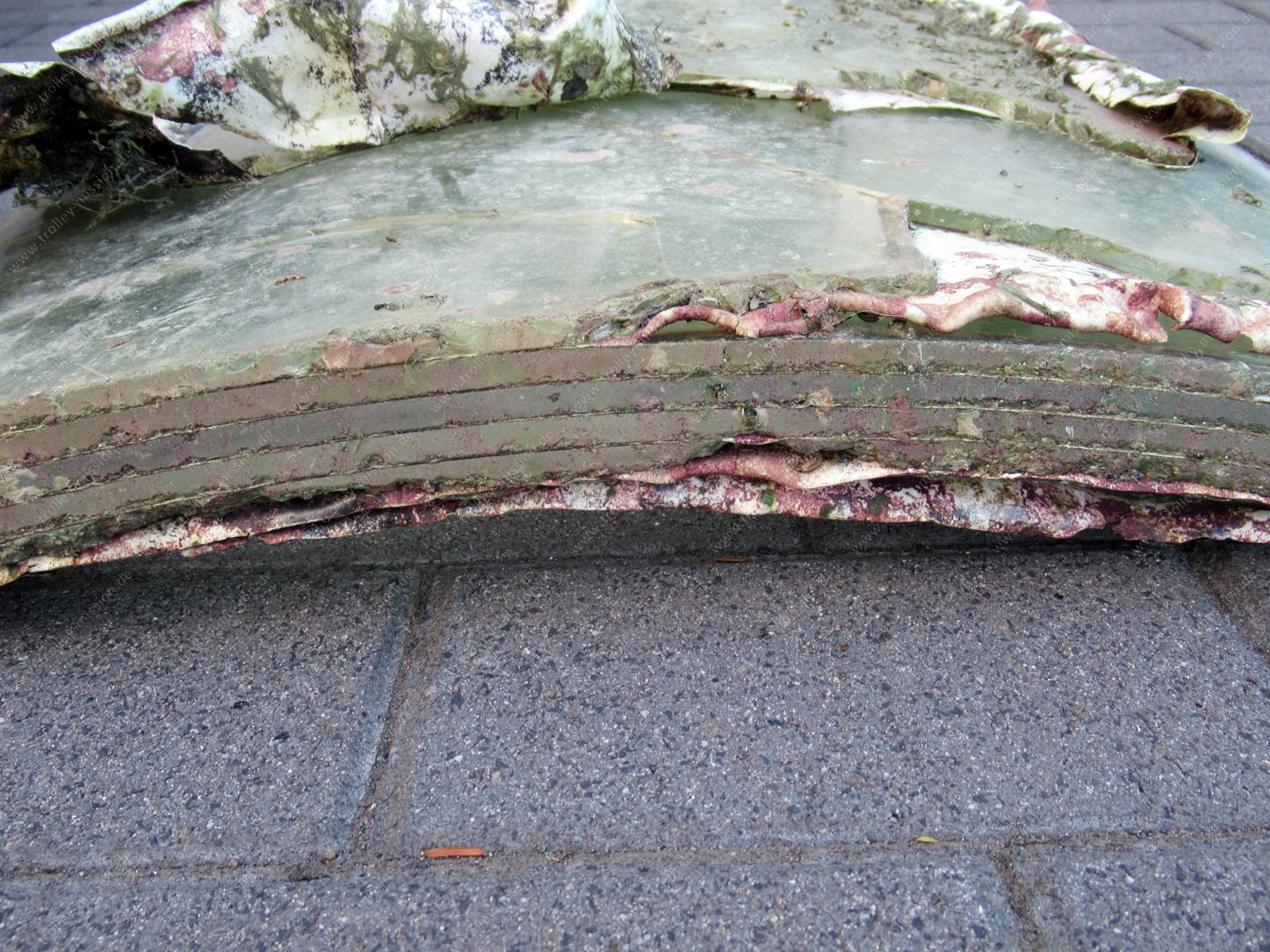 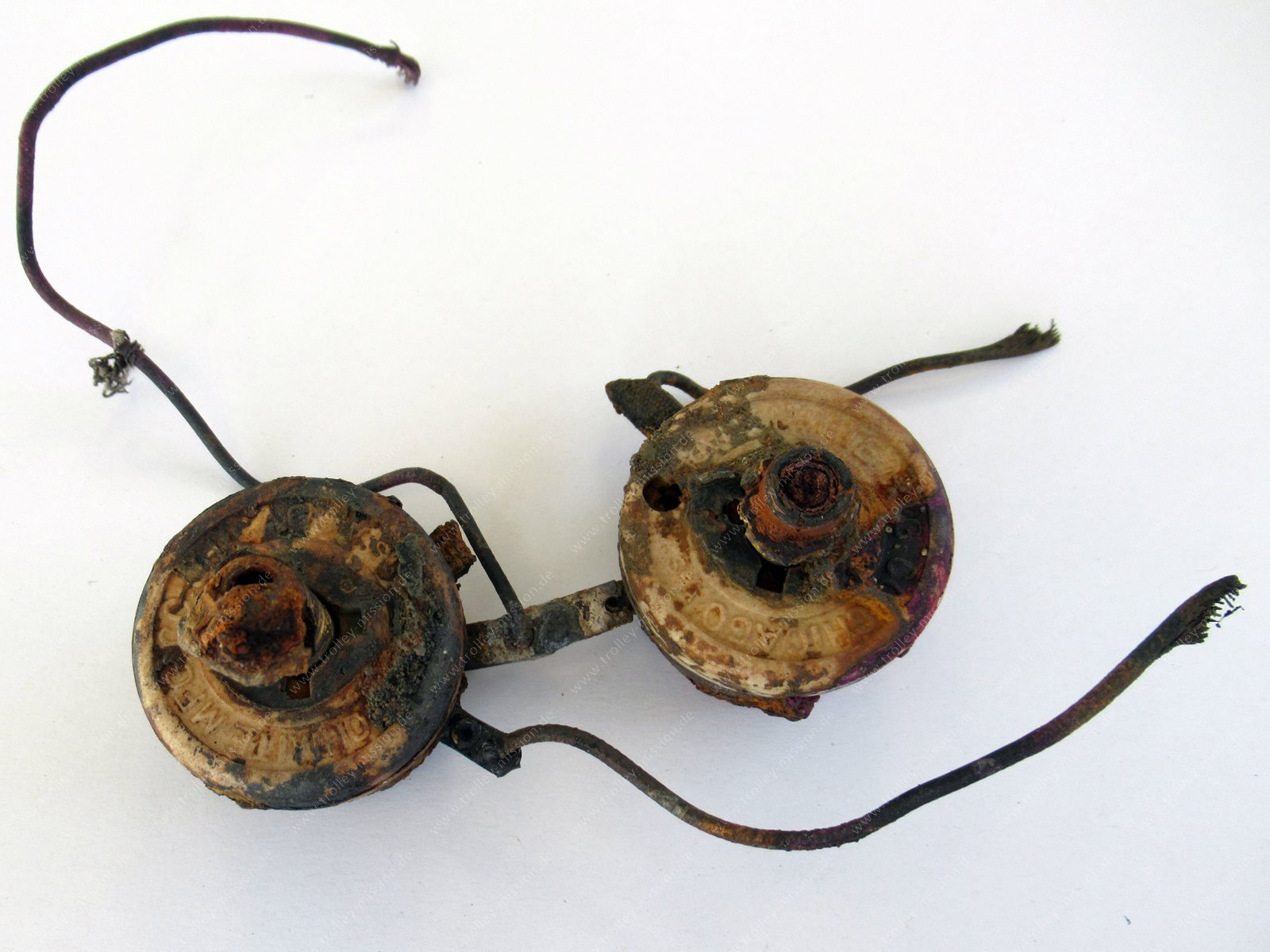 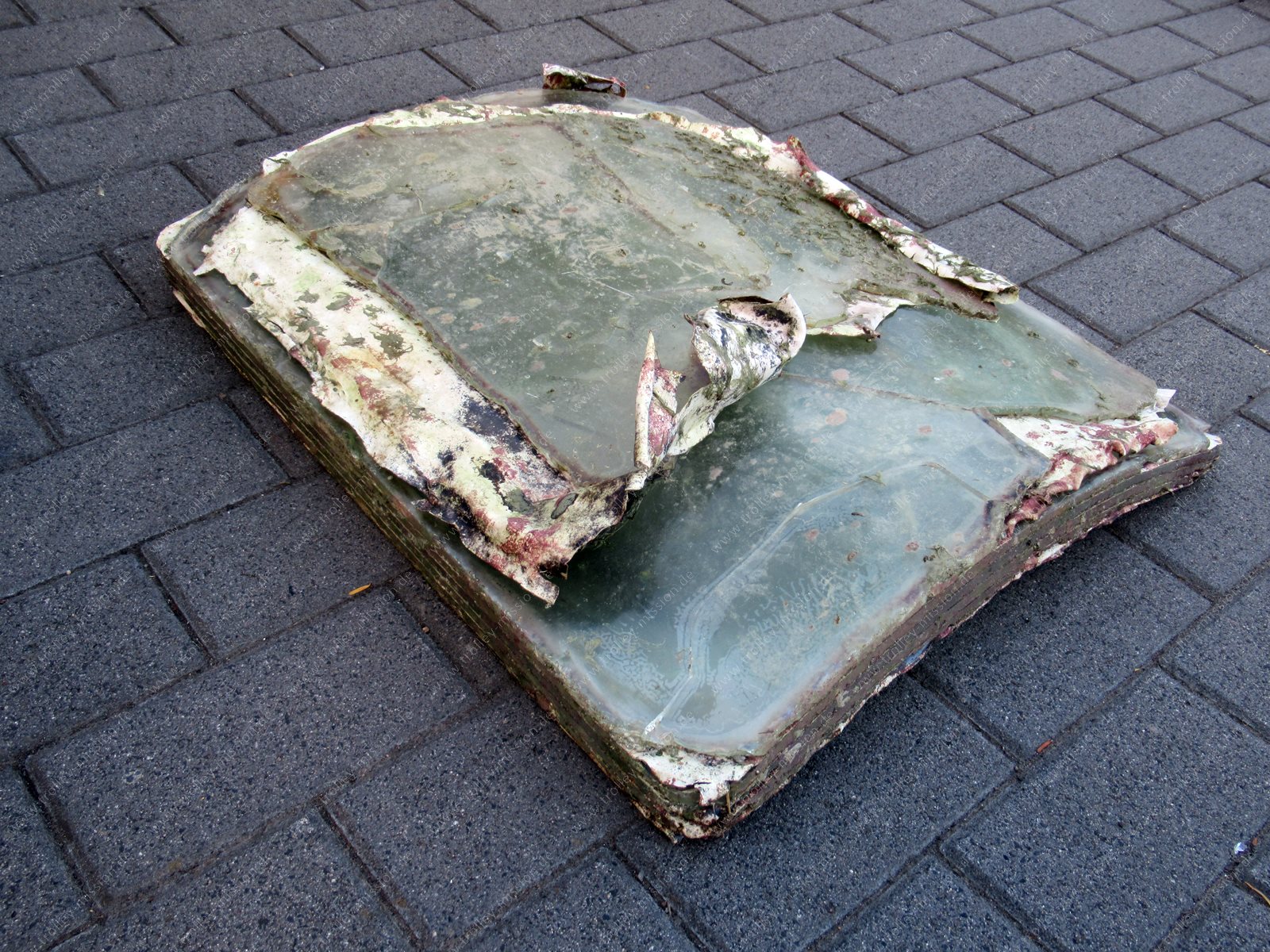 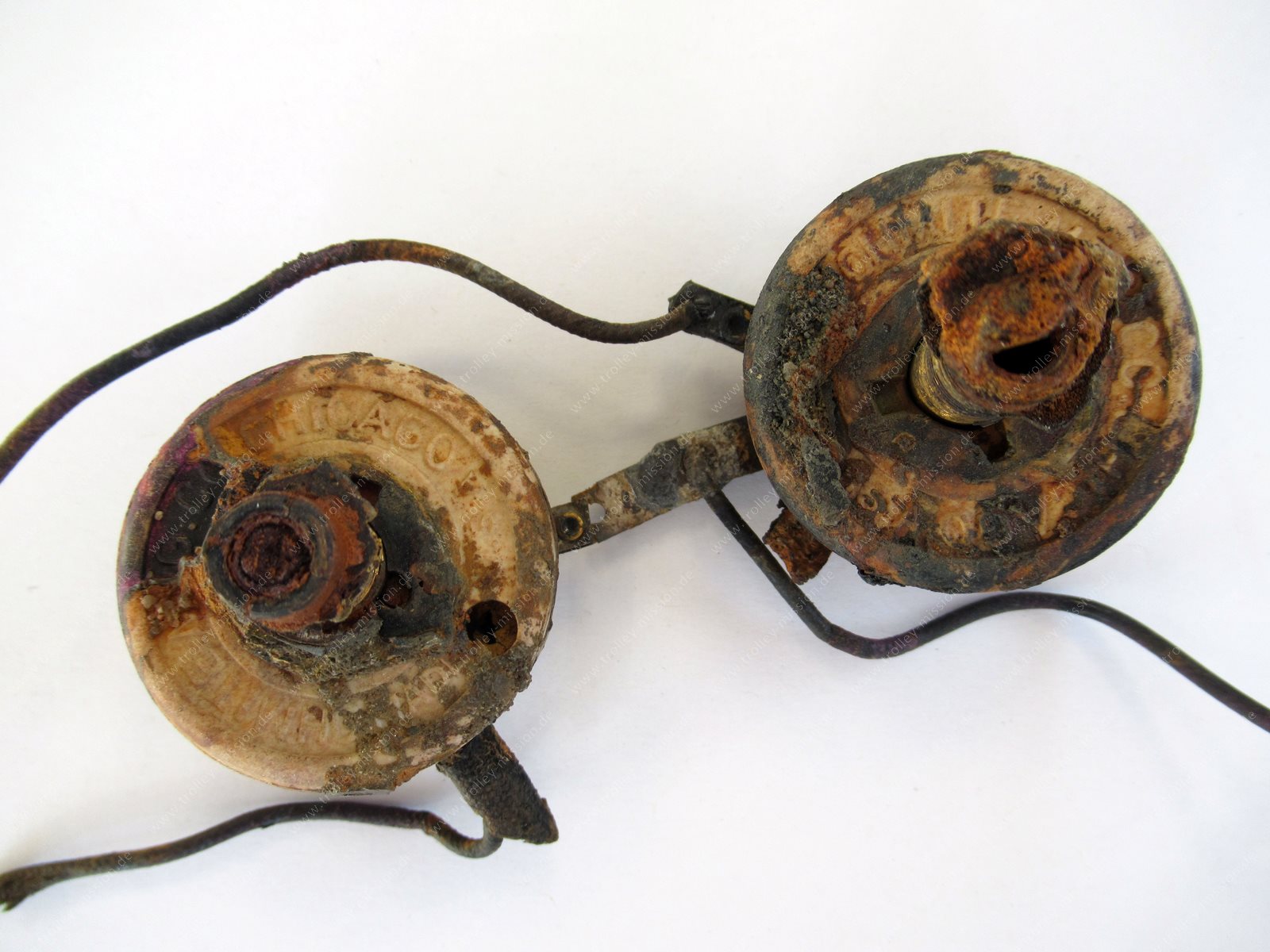 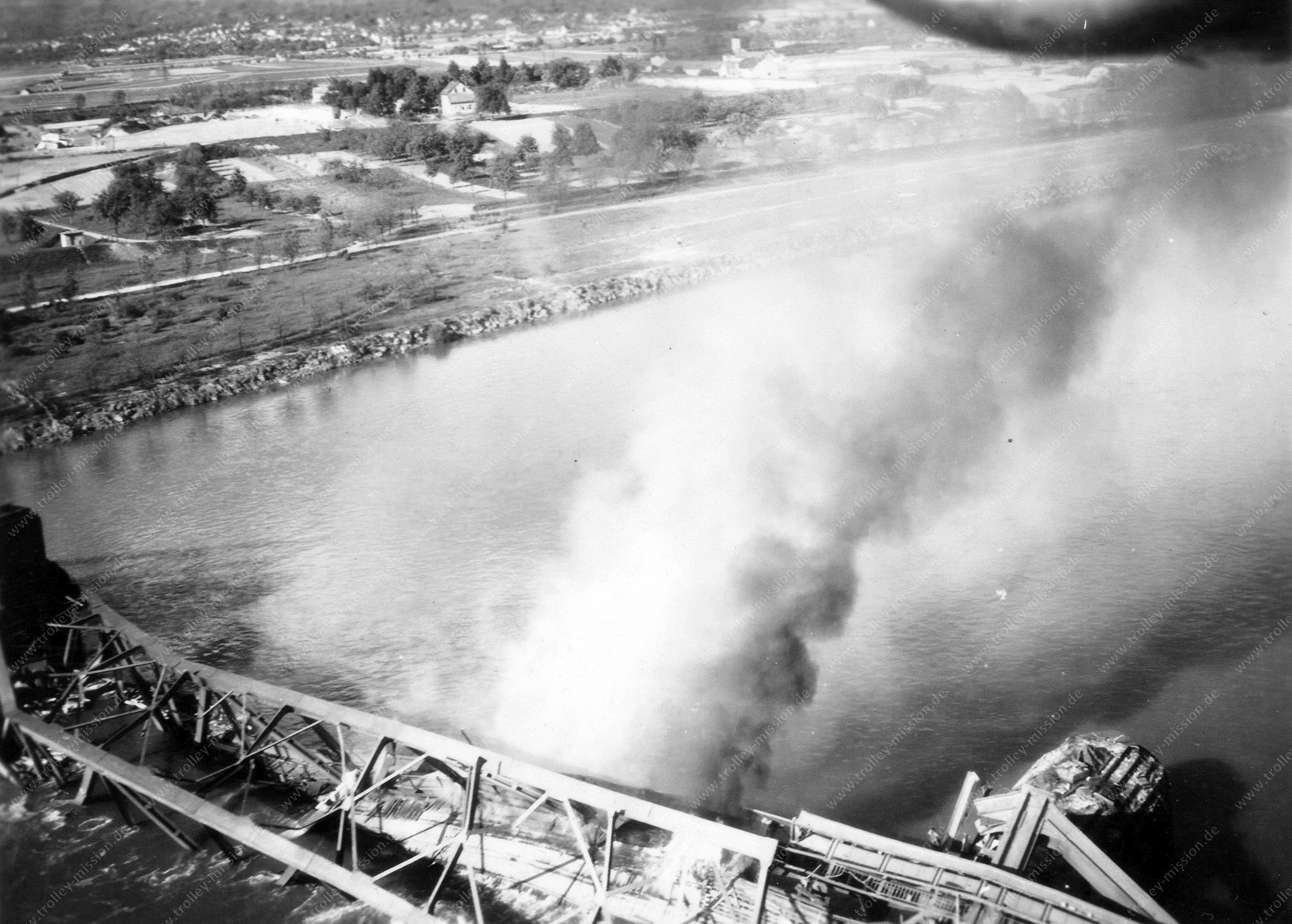 The crew decided to circle the Cathedral in Koblenz. Presumably the airplane unfortunately flew much too low and collided with supply lines, which were stretched over the river Rhine. Due to the low altitude an evasive maneuver of the airplane was not possible any more. The plane with the name “The Falcon Returns” (SN 44-10620, B-24 J) crashed into one of the bridge piers.

The fact that this plane crash is mentioned in such detail on this website has a phenomenal and spectacular background, because in June 2019 the German Water Police turned to the author Markus Lenz with the note that on October 22, 2018, around 10:00 a.m. wreck parts were salvaged due to the extreme low water in the river Rhine, which definitely came from the plane that crashed on May 7, 1945.

Among the parts salvaged were parts of the bulletproof glass pane of the Emerson turret, the drive motor of the Emerson “Electric Nose Turret” and various control levers for the turret. It should be noted that Emerson Electric Company, based in Ferguson, Missouri, was founded in 1890 and was the largest manufacturer of aircraft armament systems during the Second World War.

The Police Headquarters (Department of Operations, Logistics and Technology of the Water Police) have kindly provided two photos of the said wreck parts for the website of the Trolley Mission. The German Water Police will soon provide the author Markus Lenz and his website with further photos. 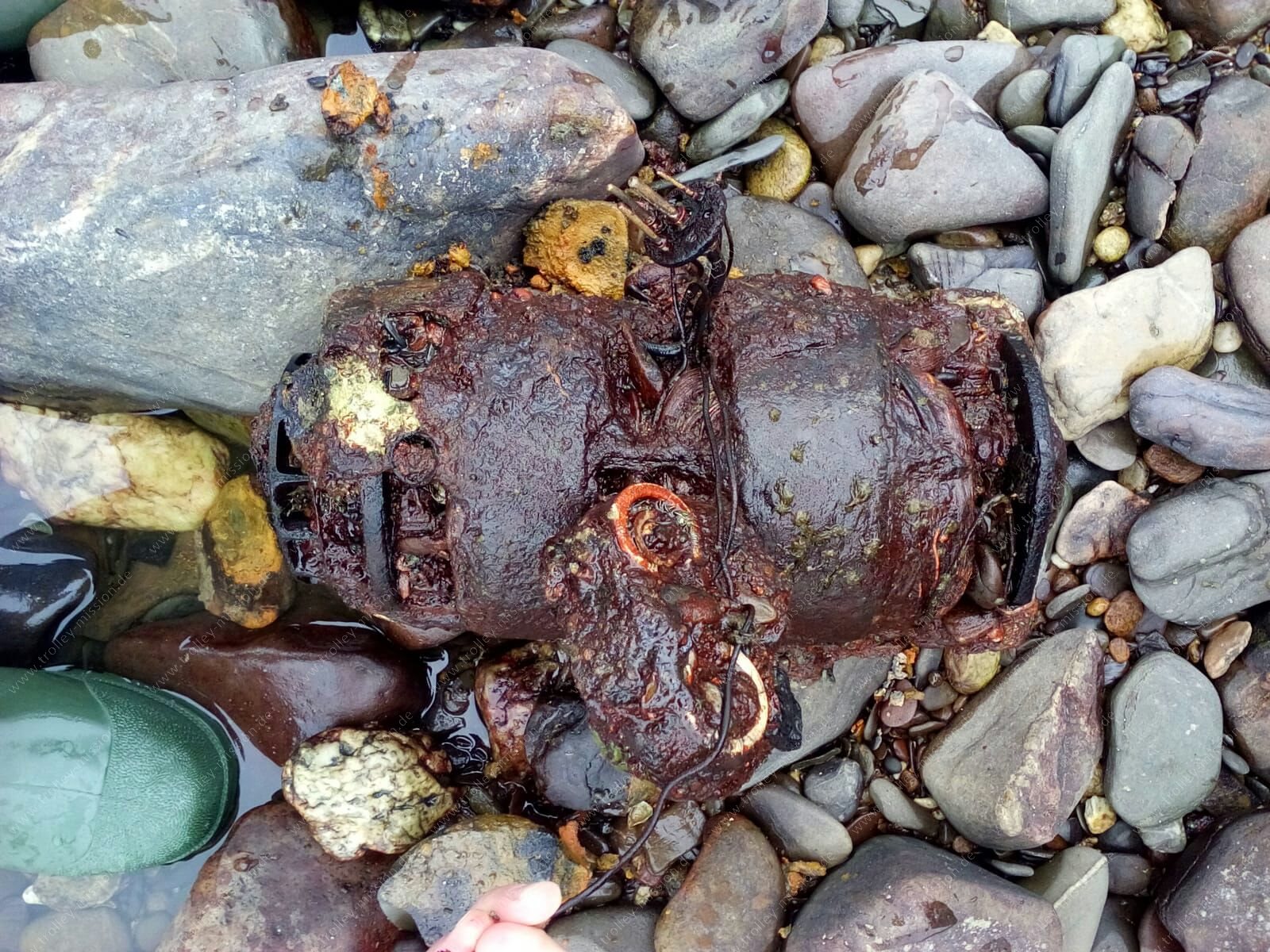 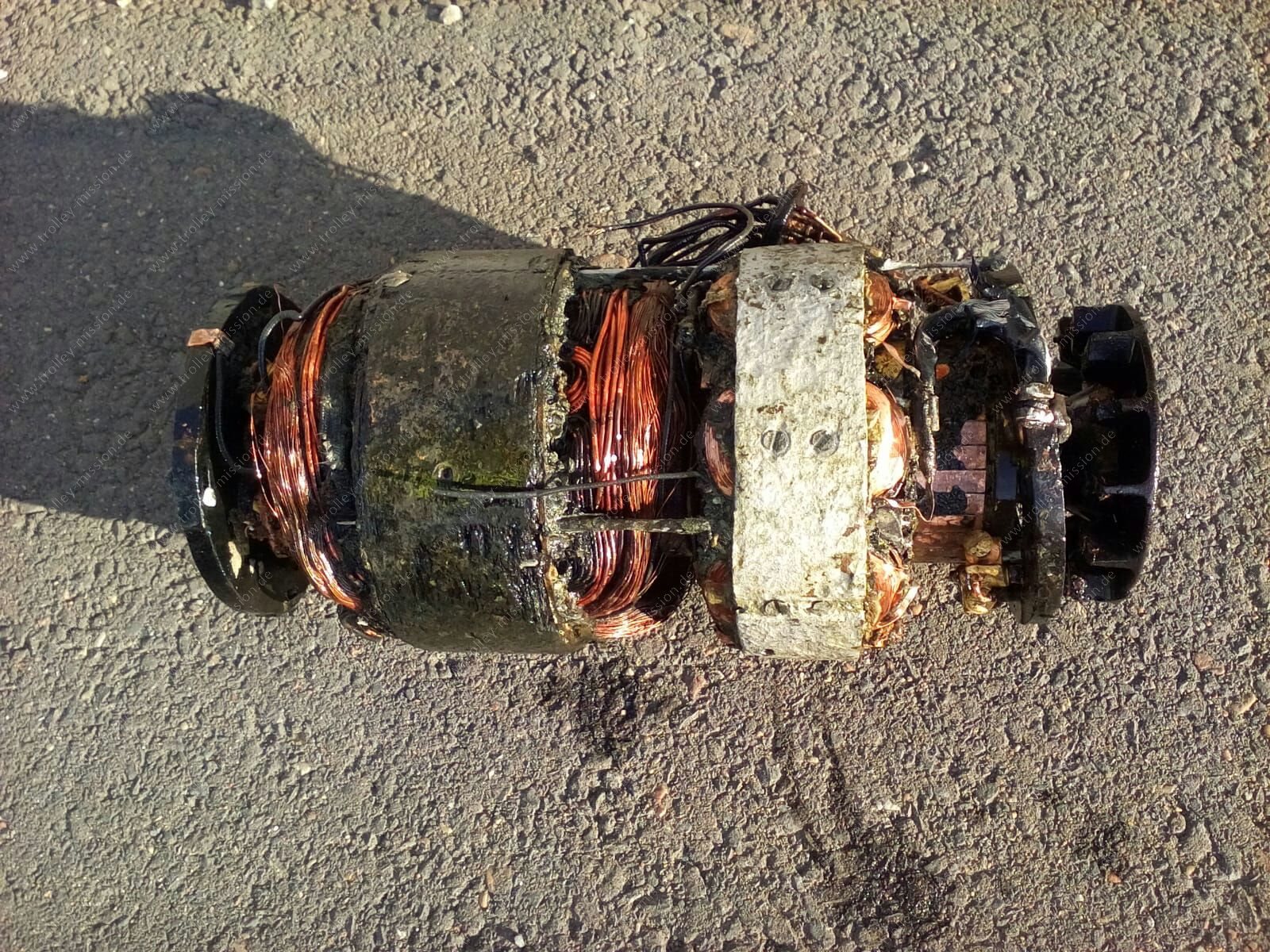 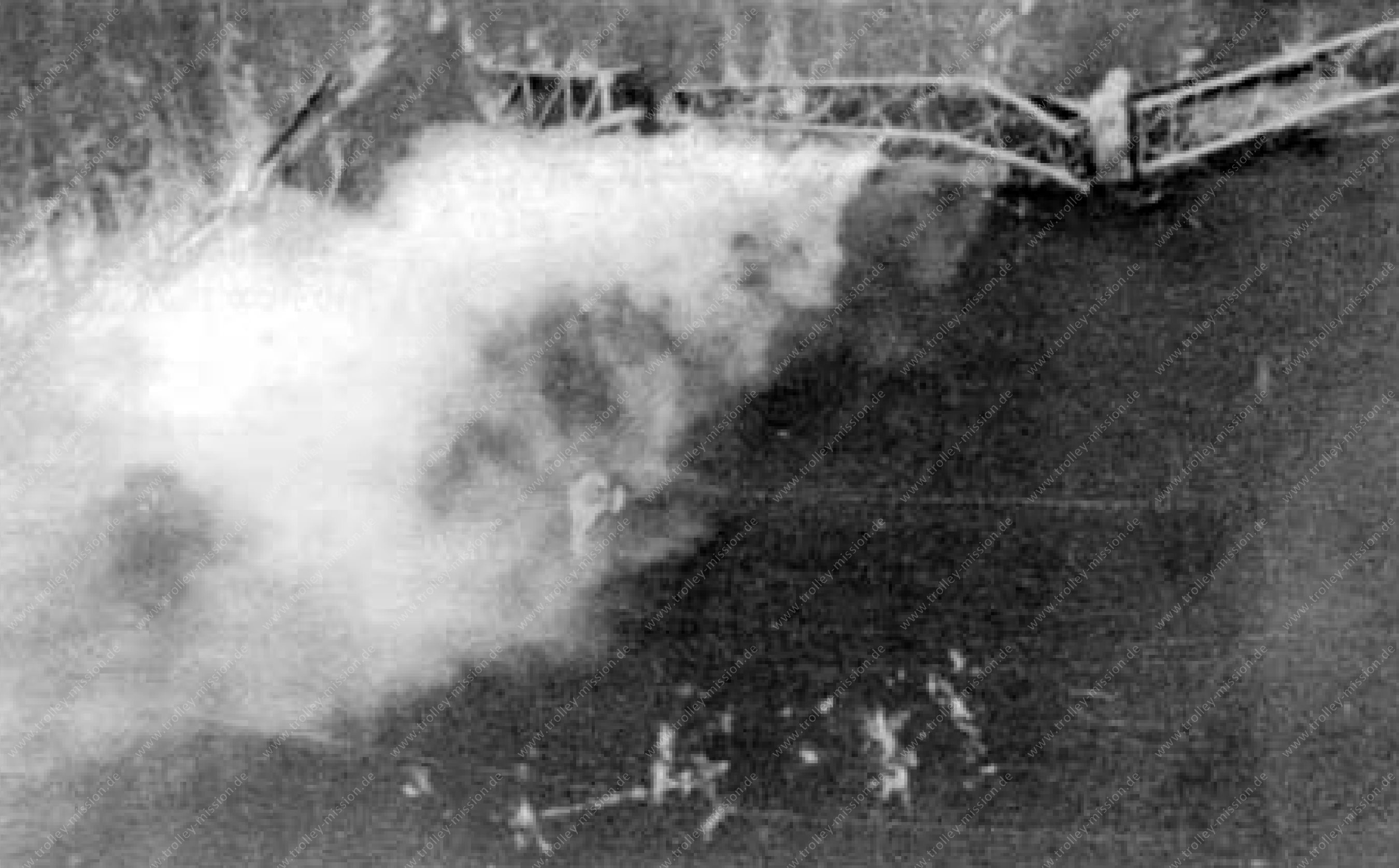 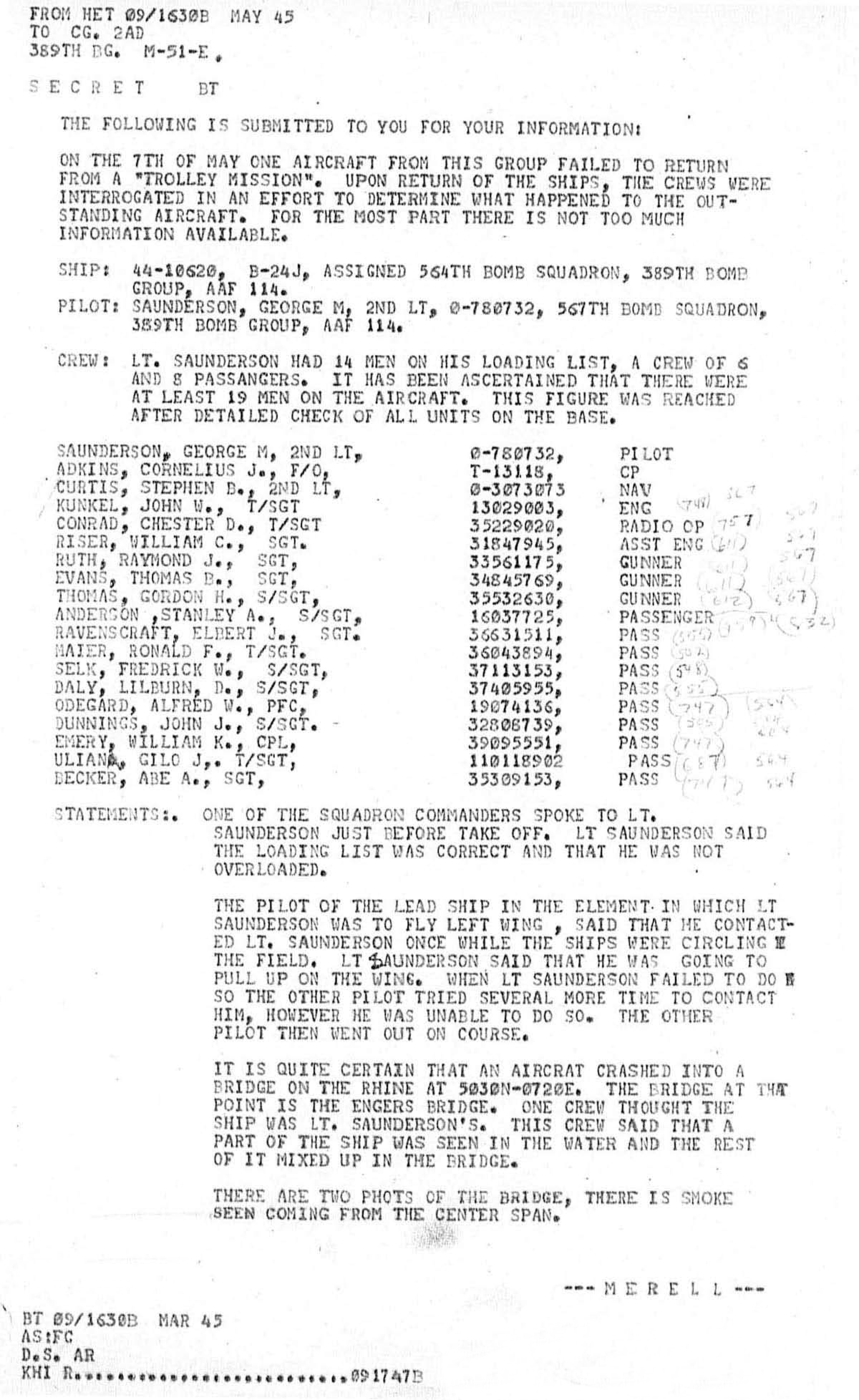