The Trolley Missions were low-level flights over Germany in May 1945. Sometimes the Trolley Mission is also called low level mission, low level tours or Cook's tours. The purpose was to provide all ground personnel with an opportunity of seeing the results of their contribution in the strategic air war against Germany. Apart from the crew members, the ground personnel were the passengers. The special was that aerial photographs were taken during the flights by the passengers if they owned a camera. These pictures and photographs were not taken on military command. Because the photos were not military reconnaissance images, these pictures are not collected in the military archives or at the National Archives and Records Administration. 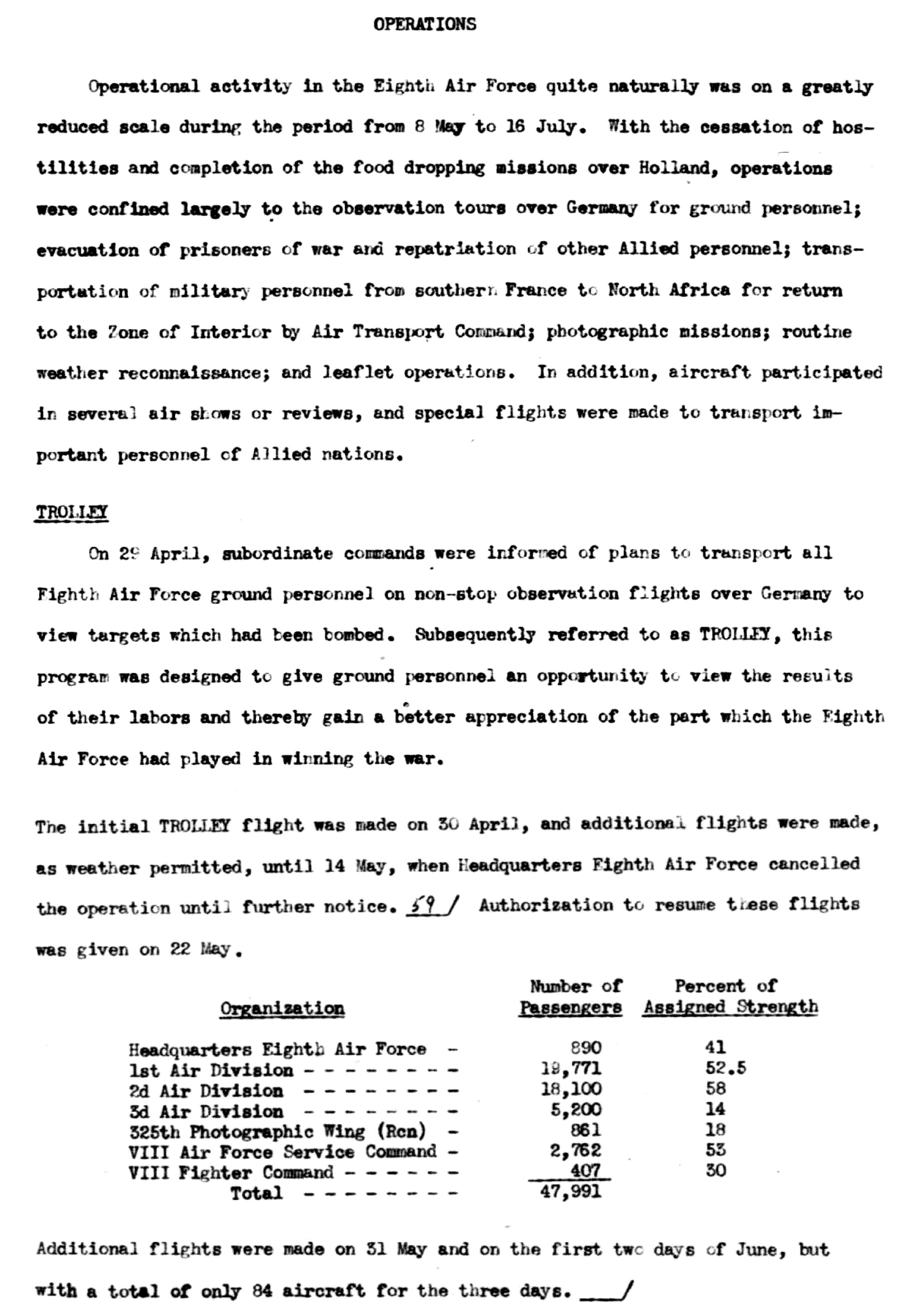 Today, these aerial photos are still in private ownership. More than 70 years later, Markus Lenz is researching, analyzing and collecting photographs from the Trolley Mission. He was born in 1975 and lives in Frankfurt/Main, Germany. He is a private pilot, an economic historian, and he wrote books about the Trolley Mission. His books include a historical description and an analysis of air navigation. The books were written in cooperation with the 392nd Bomb Group Memorial Association in German language.

On this website Markus Lenz would like to present the current state of his research. This includes numerous aerial photographs, unidentified until a few months ago. Through time-consuming aerial photo analysis, it was possible to identify the cities that were photographed from the air in May 1945. Because of the different flight routes in May 1945, aerial photographs exist not only of Germany, but also of France, Belgium, the Netherlands and Great Britain. The German website lists all the images collected by Markus Lenz. The French website includes aerial photos from France, especially Paris. The Dutch website includes images from Belgium and from the Netherlands.