Hanover from above: Aerial view after Allied air raids in World War II 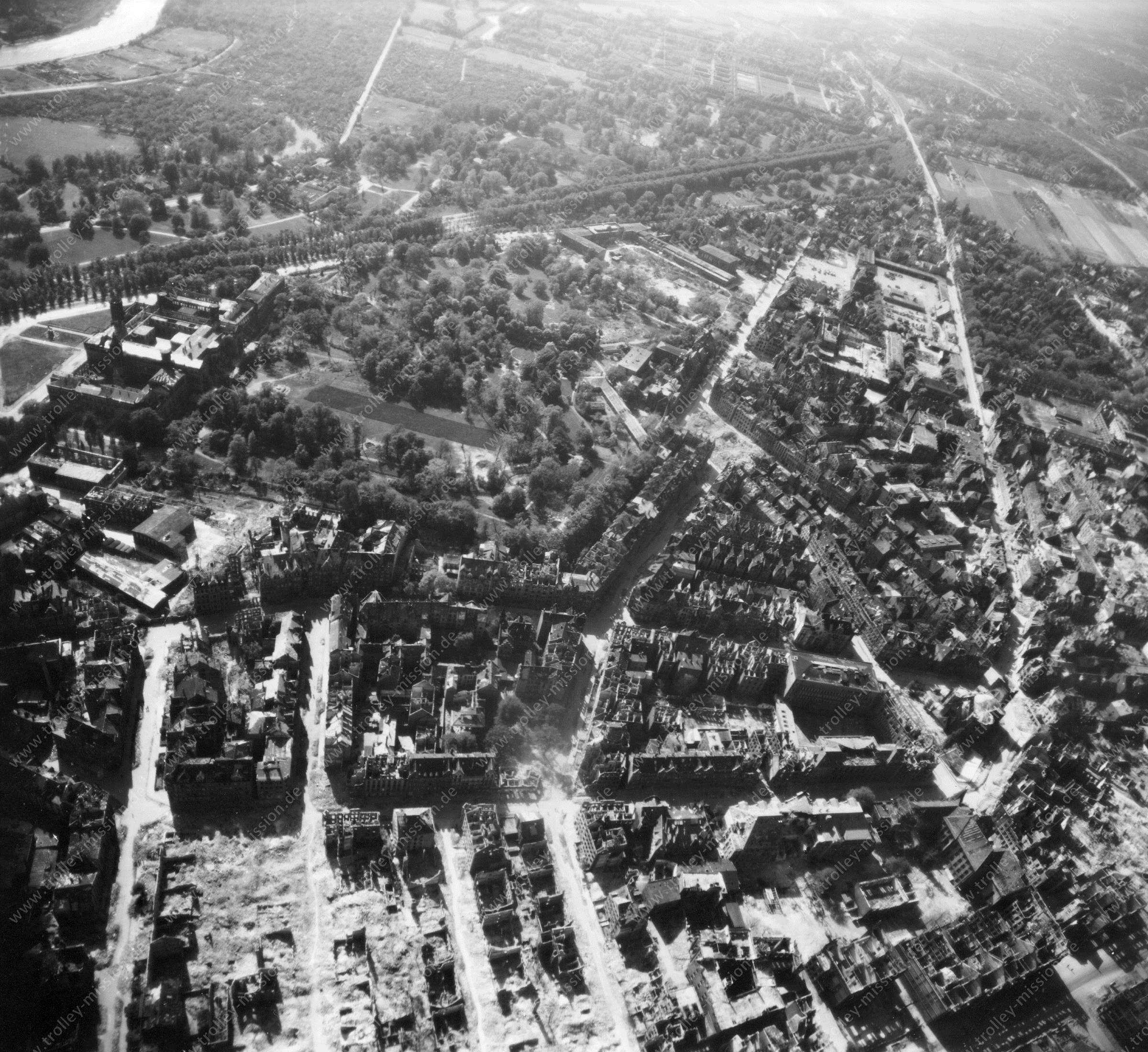 As an important railroad and road junction and production center, Hanover was a major target for strategic bombing during World War II. Targets included also the large oil refineries at Misburg, the Continental plants and the Hanomag factory. Residential areas were also targeted, and more than 6,000 civilians were killed by the Allied bombing raids. More than 90 % of the city center was destroyed in a total of 88 bombing raids. The Allied ground advance into Germany reached Hanover in April 1945. The US 84th Infantry Division captured the city on 10 April 1945. After the war, Hanover was in the British zone of occupation of Germany. 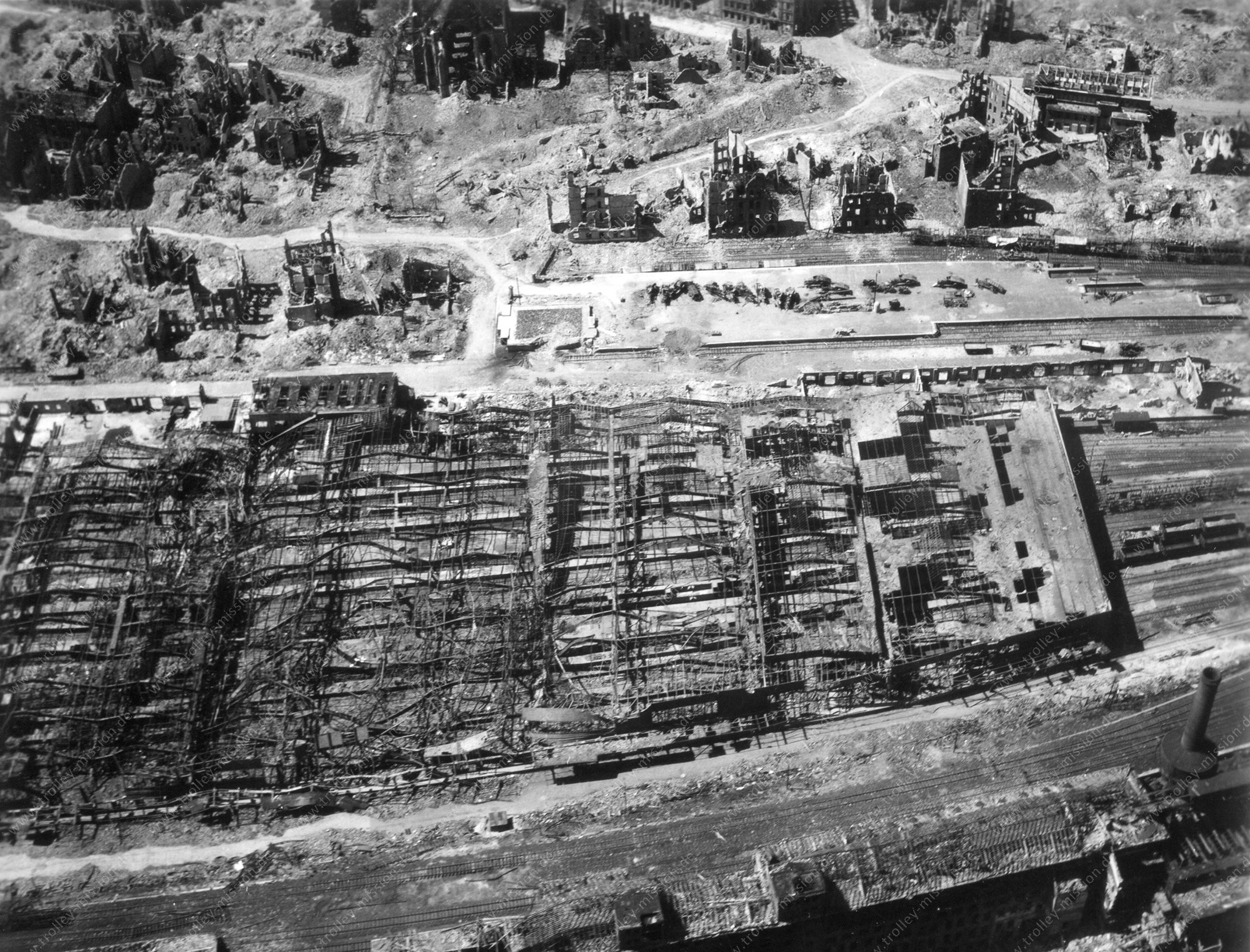 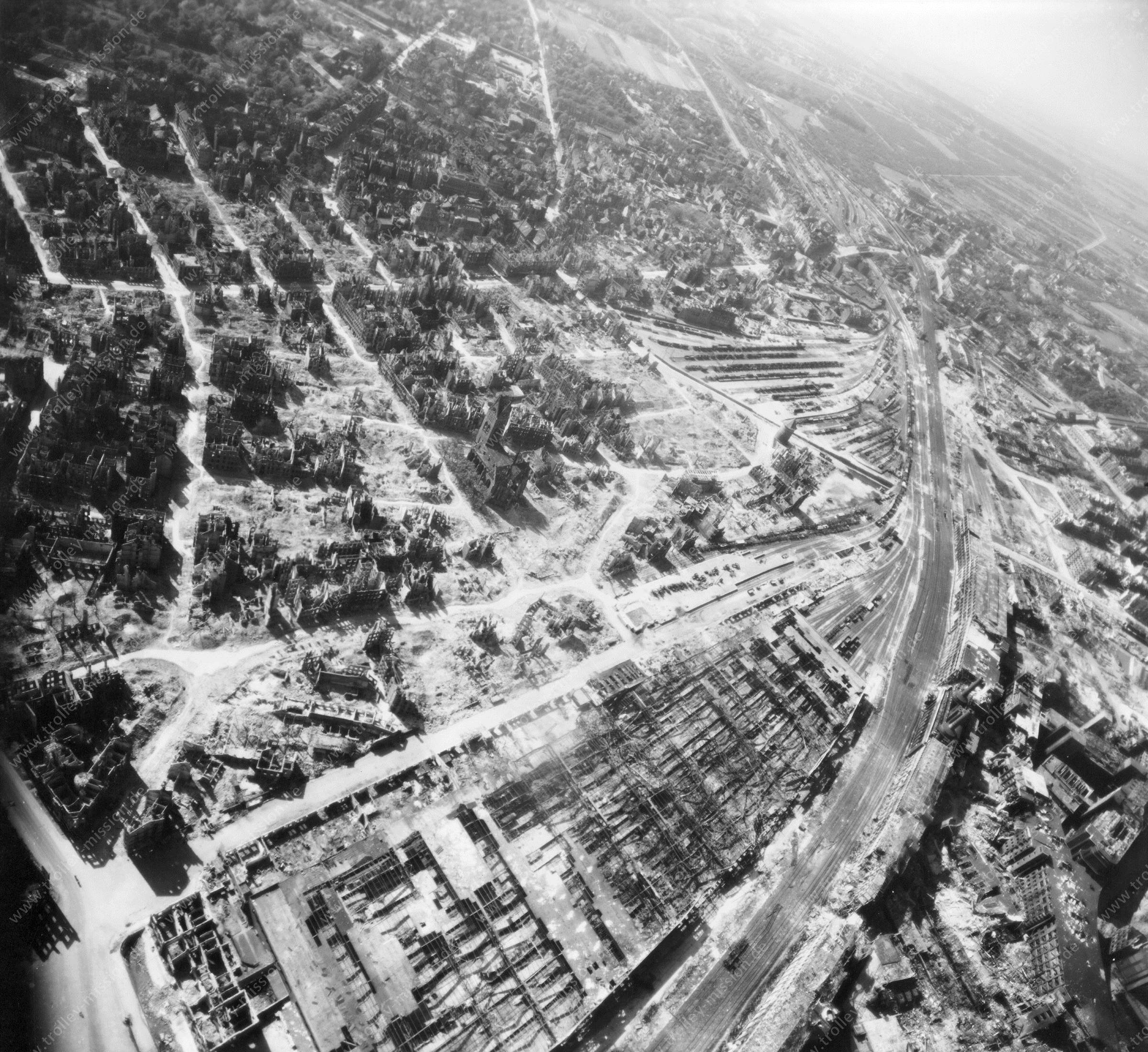 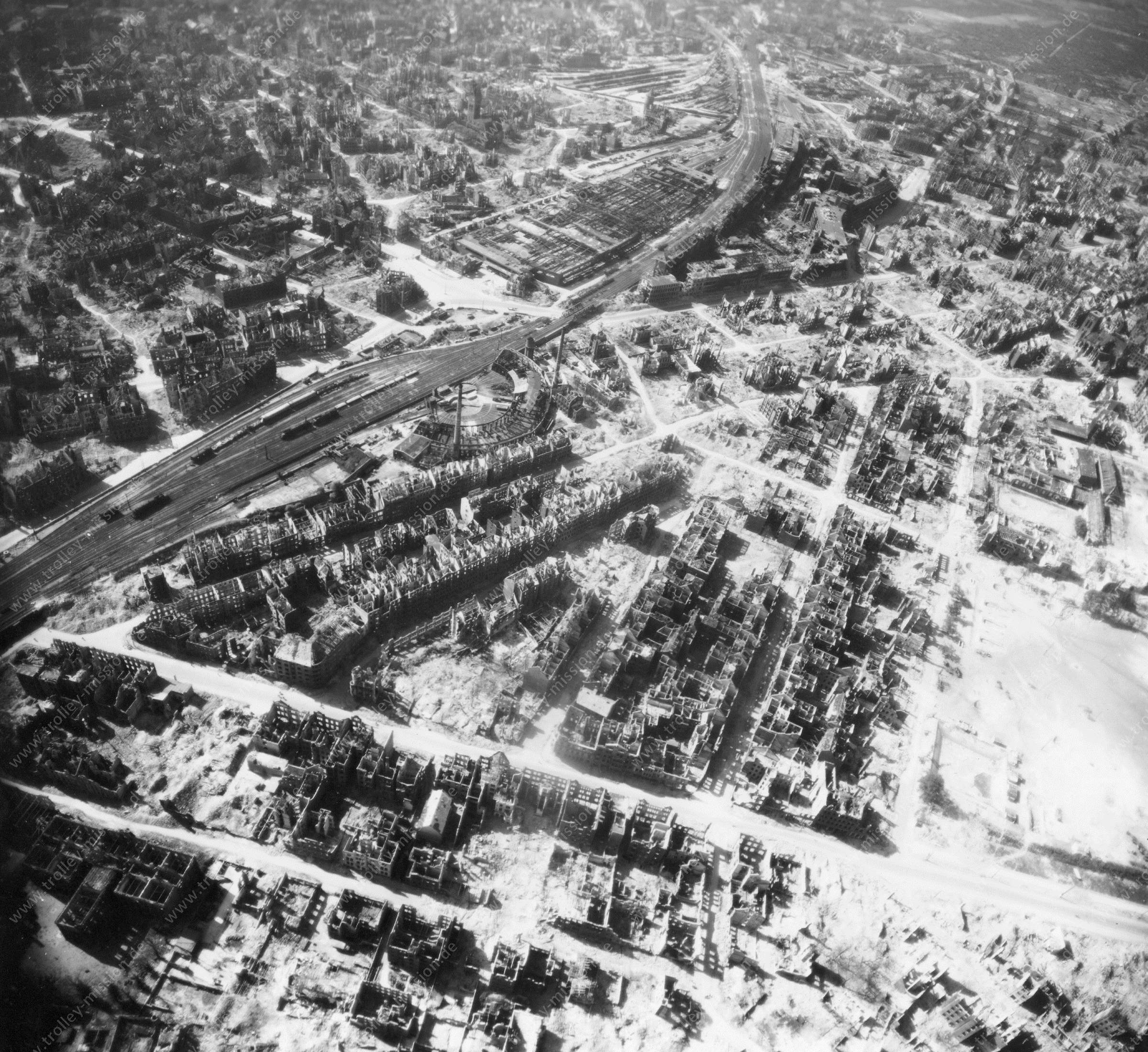 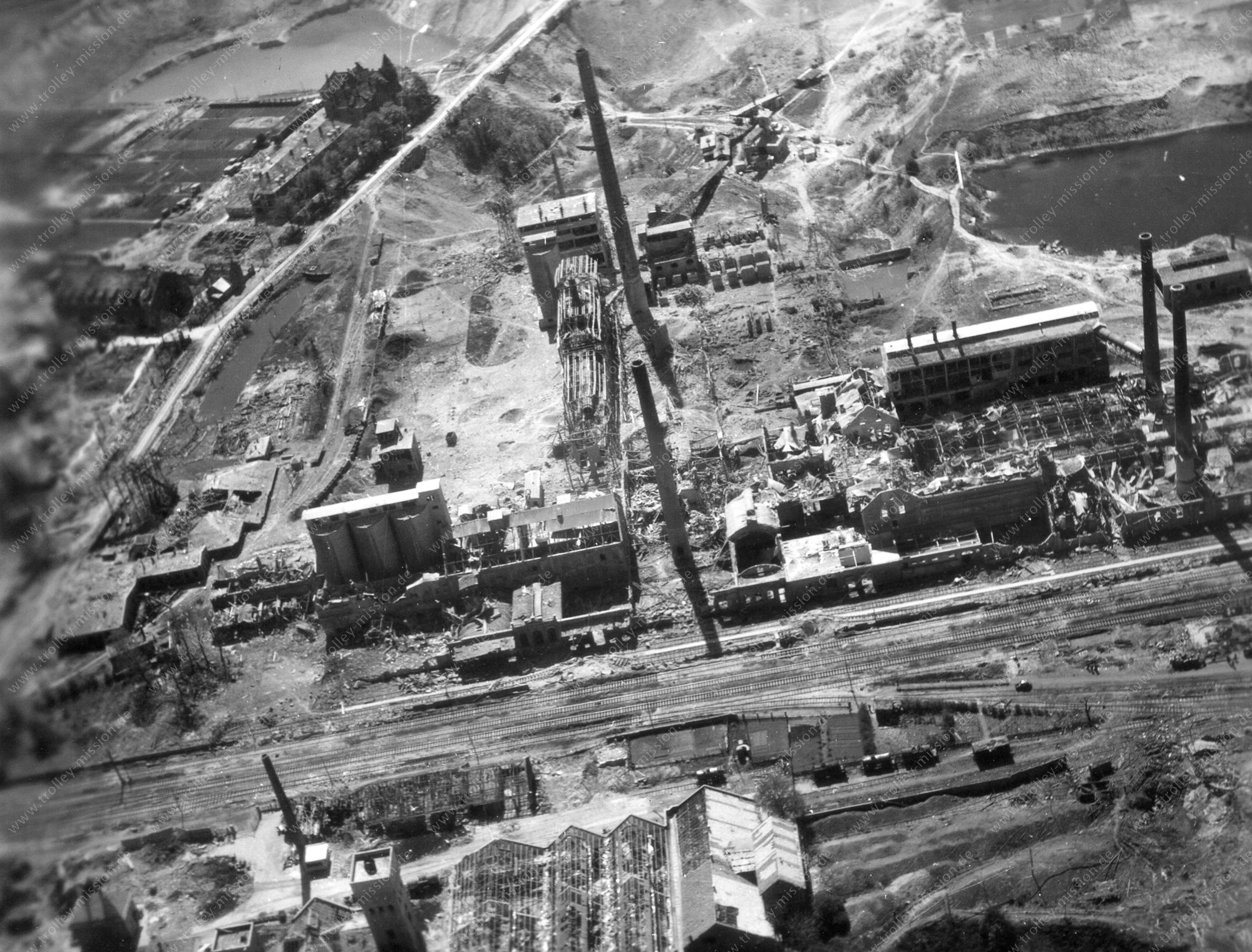