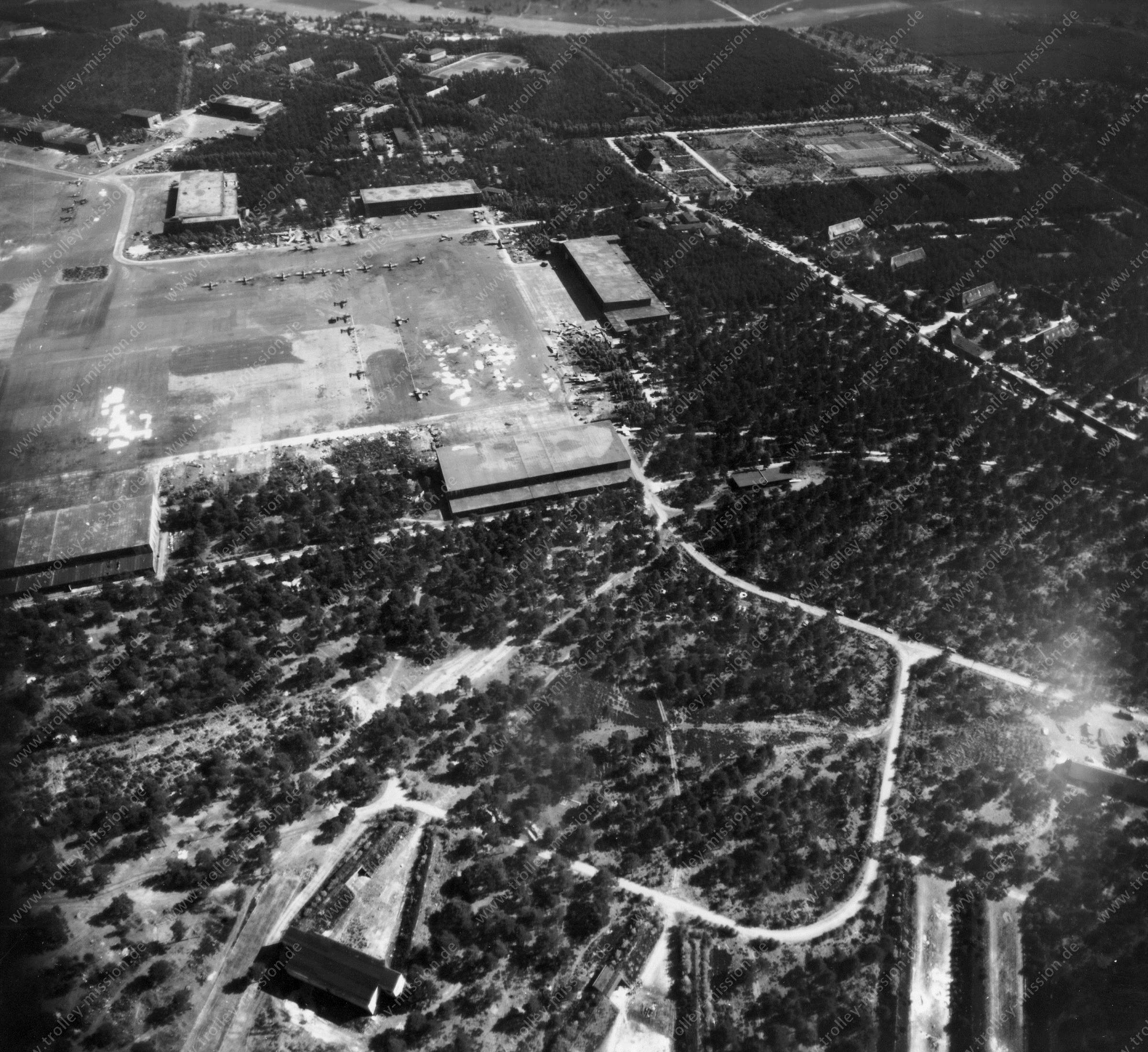 This airfield was established in 1934. Between 1934 and 1945 the German Army and the German Air Force (Luftwaffe) were based on the air base. There were flying aircraft, for example, Junkers Ju 52, Junkers Ju 88, Heinkel He 111, and towards the final stages of World War II Messerschmitt Me 163 and Messerschmitt Me 262. In April 1945 the airfield was overrun by the British Army and subsequently used by the Royal Air Force. It was renamed first Airfield B 152 and later RAF Fassberg. During the Berlin Blockade RAF Fassberg played an important role as a hub for supplying the city. This aerial photo was taken on May 12, 1945. Today, the Fassberg Air Base is used by the German Army Aviation Corps.