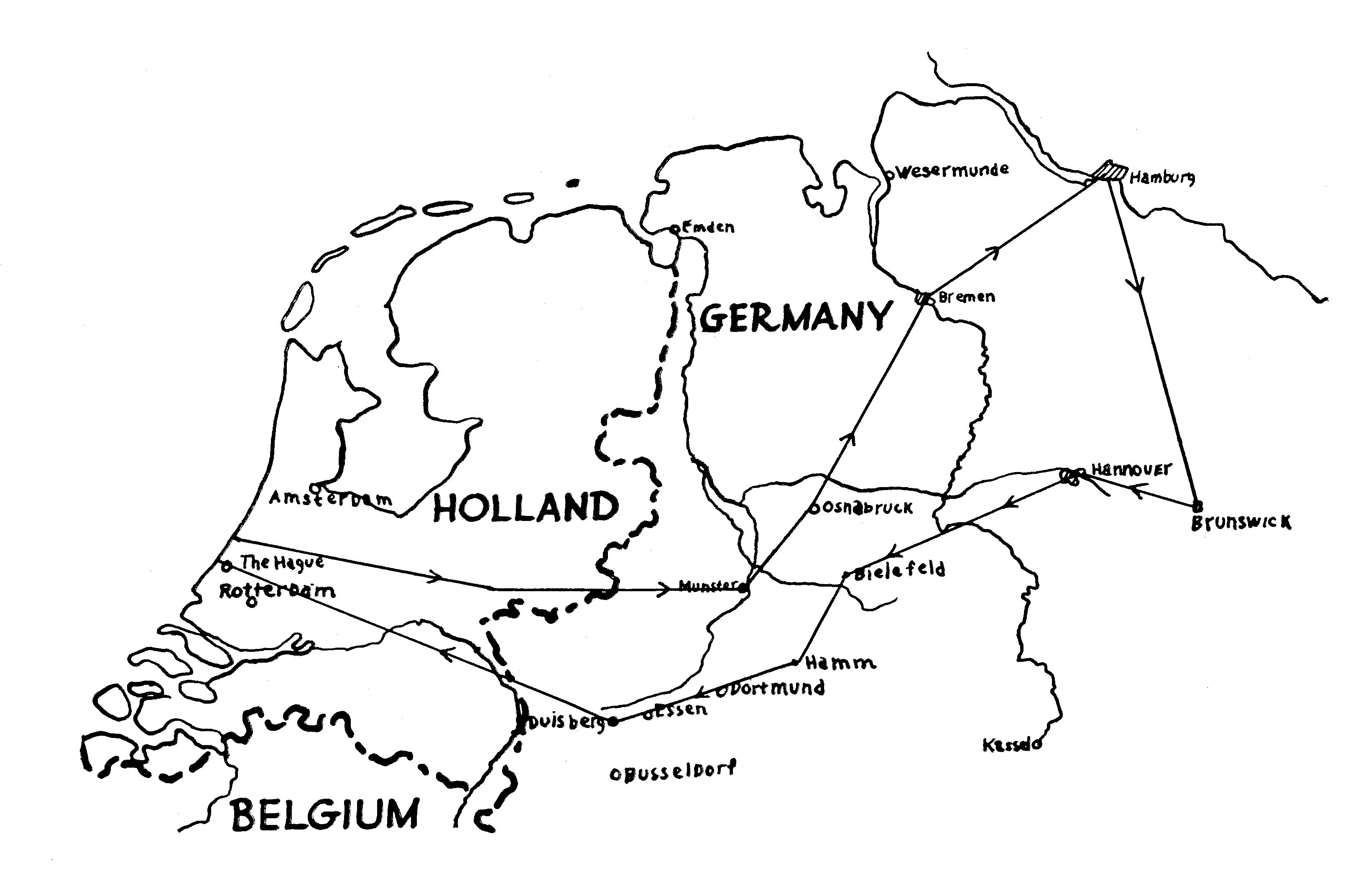 During the Northern flight route the pilots crossed the Rhine river near Arnhem. Then they flow to the city of Münster, Osnabrück and Bremen. After that, they flew over the big city of Hamburg and its harbor and shipyards. Thereafter they were flying to Brunswick and Salzgitter, near the so-called “Hermann Göring Steel Works”. Later on they flew over the city of Hannover, Bielefeld, Hamm, Dortmund and Duisburg even on the northern flight route were no landings. And, on German territory the pilots were flying under visual flight rules.