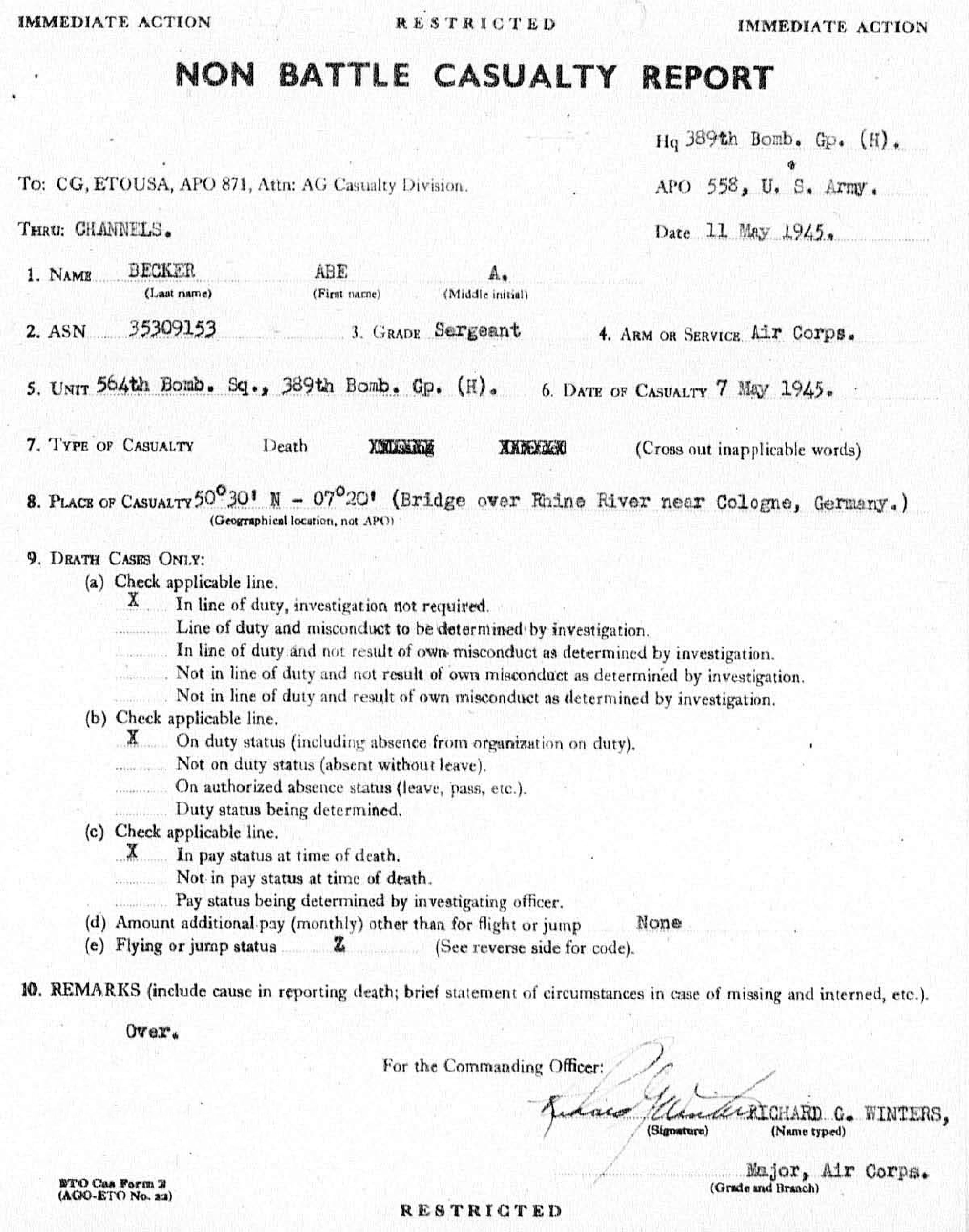 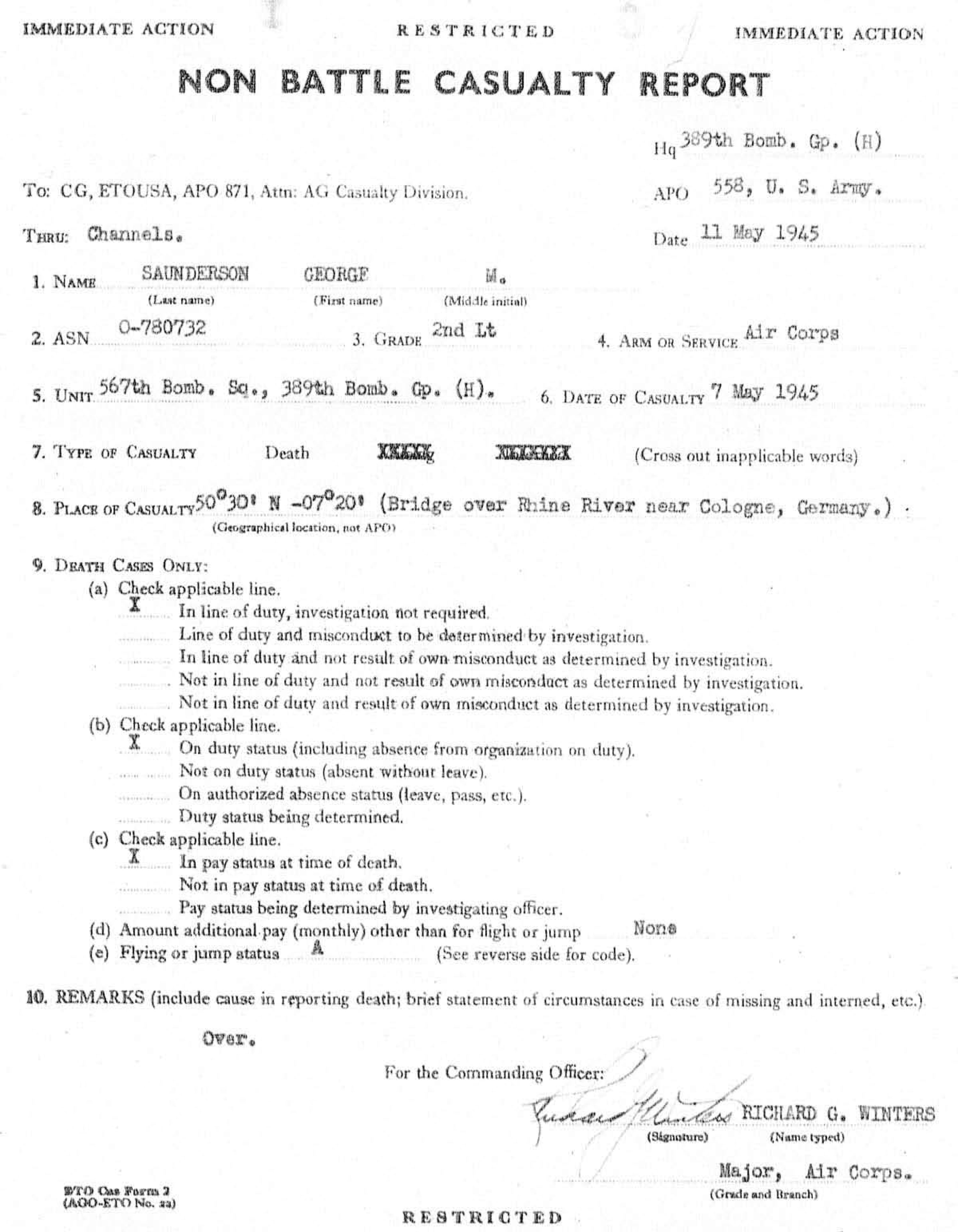 George Saunderson - Non Battle Casualty Report - May 1945. Trolley missions were flown in early May 1945, the purpose being to provide all crew and ground personnel the opportunity to see the results of their contribution in the strategic air war against Germany. Many precautions were taken on these missions, and the most responsible and experienced pilots were chosen to fly. Despite such precautions, an accident occurred. All nineteen men aboard were killed, and only six of them were recovered, when the plane crashed into Engers Bridge on the Rhine River. Lt. Saundersons remains were never recovered.