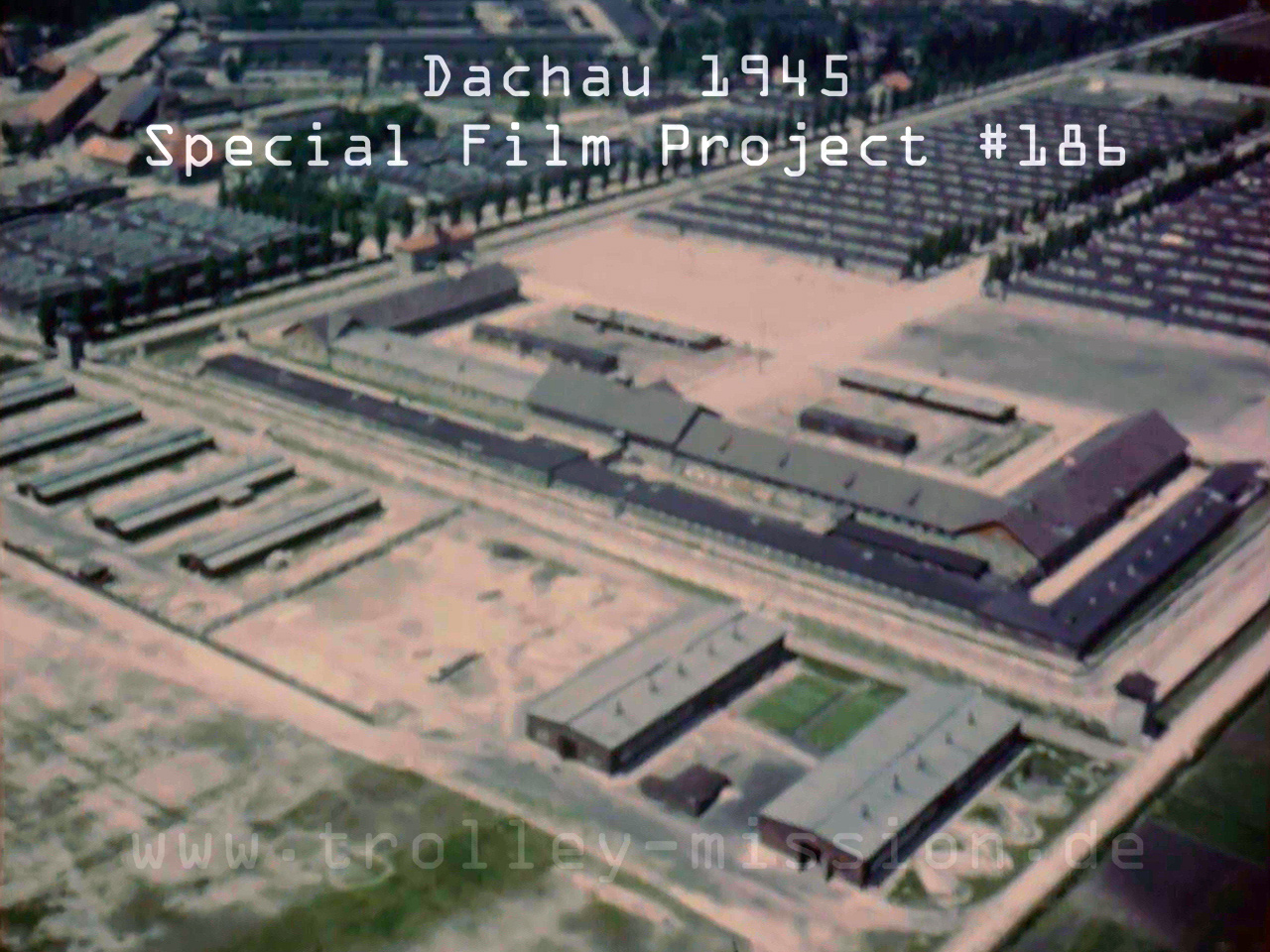 This free video presents motion pictures and aerial views showing the Dachau Concentration Camp, Germany, at the end of the European War (Second World War). The Dachau Concentration Camp was the first of the Nazi concentration camps opened in 1933. It is located on the grounds of an abandoned munitions factory northeast of the medieval town of Dachau, about 16 km or ten miles northwest of Munich. Prisoners lived in constant fear of brutal treatment and terror detention including standing cells, floggings, the so called tree or pole hanging, and standing at attention for extremely long periods.